MAKEMORE is an immersive festival experience where it’s all about having a go yourself at all different kinds of making from woodworking and painting to pottery and sewing.

Having taken place over five days on the August bank holiday weekend, it was the first festival to be allowed into the beautiful tree-lined western end of East London’s Victoria Park. The massive site hosted over thirty tents and stages as well as a fairground.

Six months prior to the festival, majestic disorder media was selected as the social media management and content production team. Our role quickly expanded to additionally co-ordinating and producing with the marketing and public relations teams.

Our duties included managing the MAKEMORE Instagram, Twitter and Facebook social media channels, co-ordinating with the 100+ makers involved in the festival, publishing a city-wide circulated newspaper of 60,000 copies, and producing multimedia content including video, editorial, copy writing and photography.

The social media channels effectively started at a following of zero when we began. With our innovative strategy and powerful creativity applied to visuals and editorial, we achieved an approximate growth average of 1,000 followers per month, which was mainly through organic reach. We additionally managed numerous paid promotional campaigns on all channels for a wider reach.

You can view the MAKEMORE Instagram to experience the narrative we created.

To optimise the narrative of the festival, we co-ordinated with its 100+ makers to learn their stories and document their craft that would be applied to all online and offline activities. For some longer reads, we created journal entries on the website detailing the maker’s craft. 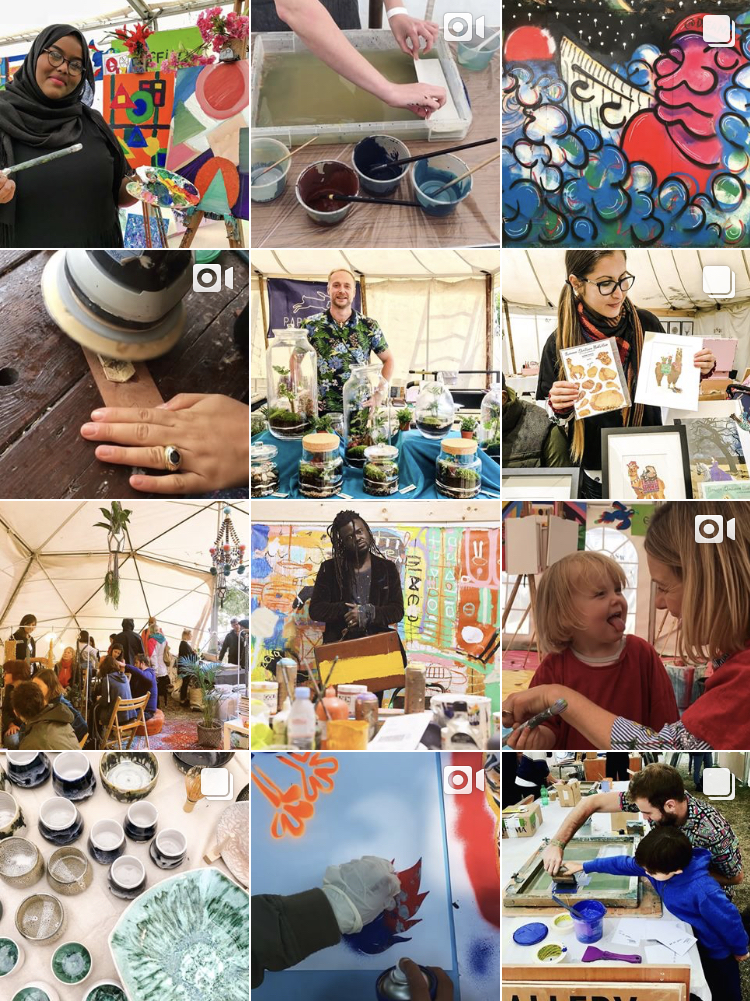 For a captivating offline campaign, we strategised the most visually engaging narrative applying our unique art and creative direction. The result was a traditional advert designed and published for print.

To effectively and creatively communicate the MAKEMORE festival offline, we published a 16-page newspaper that included producing the editorial, photography, design and project managing the entire print process from soliciting vendors to final delivery.

The newspaper was distributed at TFL stations, hotels, co-working spaces and shops throughout London. Our editorial content and striking visuals brought the maker stories to life, communicating the wider message of MAKEMORE in a tangible and easily digestible format. 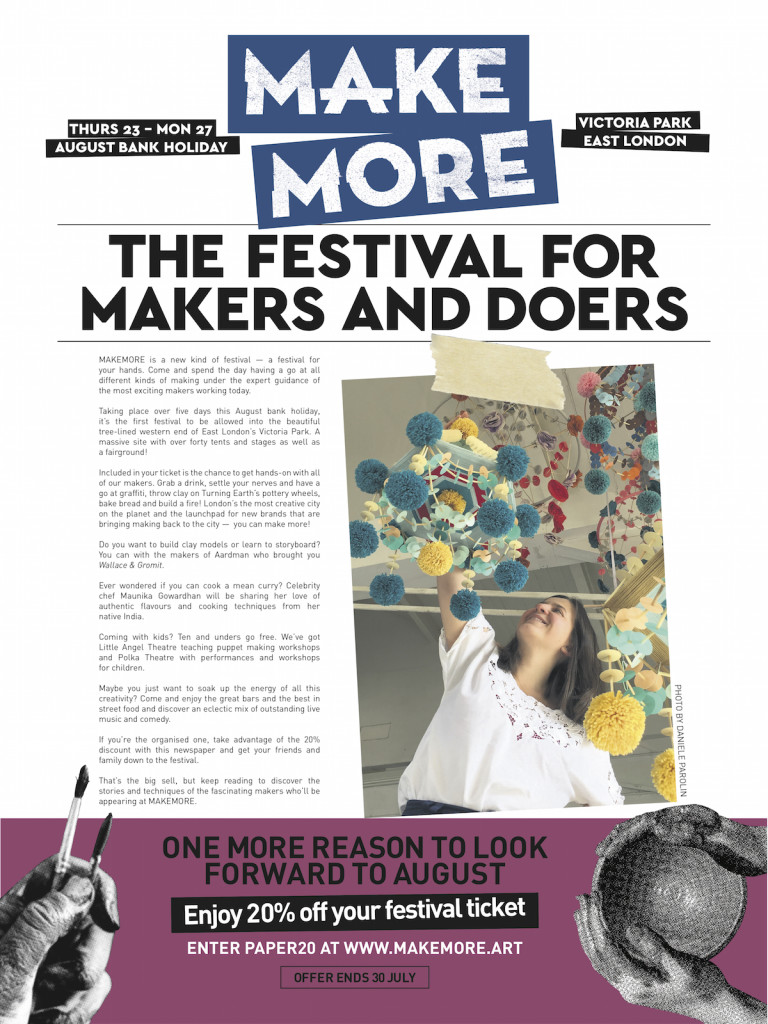 For issue 10 of majestic disorder magazine, we completed an effective marketing strategy where our cover was creatively designed to showcase one of the festival’s participating makers in their space.

Inside the issue was an exclusive 14-page spread promoting the festival by focusing on maker profiles and detailing London’s unique maker movement, which was highly engaging for the majestic disorder readership.

Additionally, throughout the months leading up to the festival, we cross-promoted MAKEMORE on the majestic disorder social media channels, which increased interest and engagement as well as producing conversions through ticket sales. 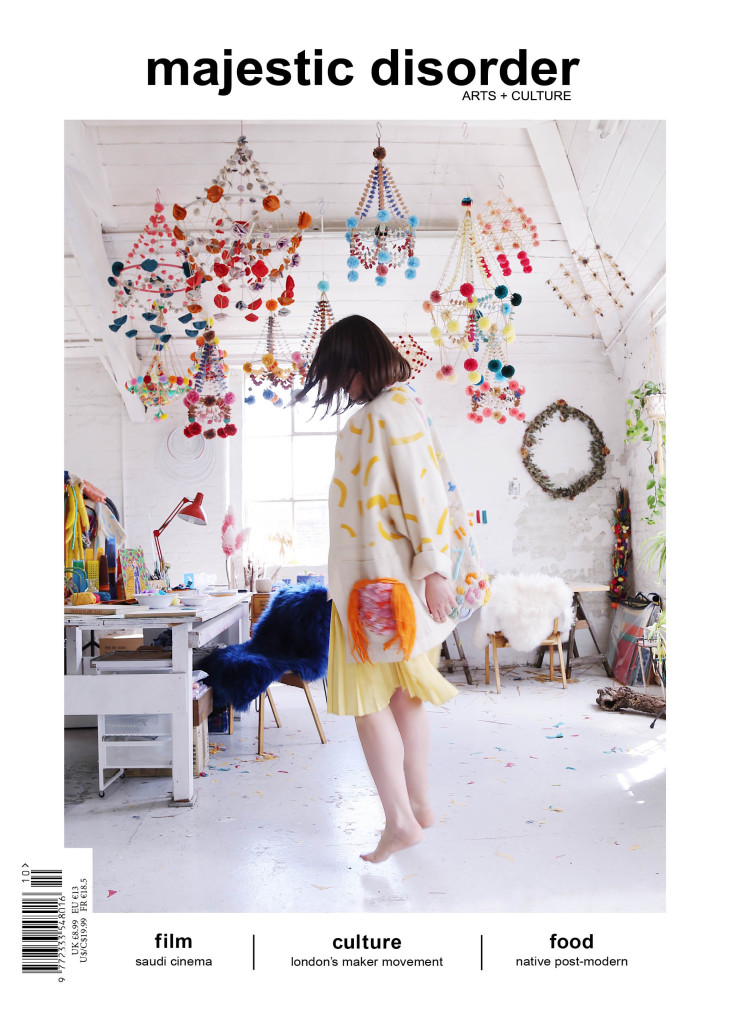 We also frequently shot video content, which was edited into short teaser clips and promotional materials used across all platforms including the website. 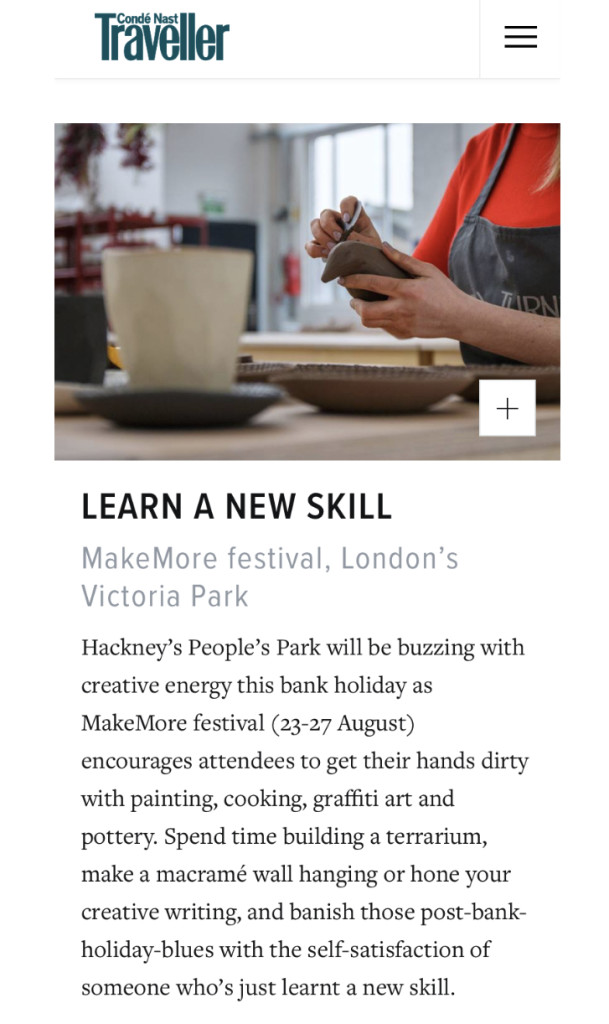